I never expected to be a builder of worlds and yet I’ve written two books where I needed to do just that. 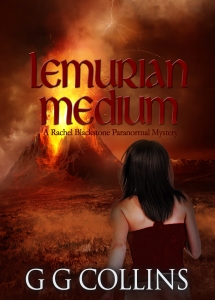 Time travel is always tricky, but it’s also fun. In Lemurian Medium I sent protagonist Rachel Blackstone back in time via astral travel to the mythical continent of Lemuria. I began reading about the continent that reportedly sunk into the ocean when a cataclysmic series of earthquakes and volcanoes broke up the island country and the sea claimed it.

When you ask people to buy into a paranormal or fantasy story line, it’s important to include as much fact as possible, to lend integrity to the story. I began reading the works of Colonel James Churchward, who called Lemuria by another name; Mu. He studied monastery sources in India while serving in the British army.

After getting a basic idea of Churchward’s theories I read Frank Joseph’s book The Lost Civilization of Lemuria: The Rise and Fall of the World’s Oldest Culture. There are many creation stories and Lemuria is one for that part of the world. There is a museum in Kagoshima Prefecture, Japan called the Mu Museum and is a tribute to the Motherland. In the Hawaiian Ethnic Art Museum in Oahu there are carvings that seem to verify the existence of a golden race who survived the onrush of the sea. 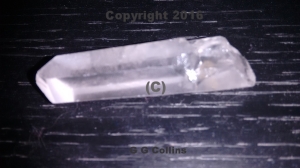 Reputed to contain the history of the ancients.

To make the city realistic I researched the Romans from their garments to their communal toilets. In addition I read Shirley MacLaine’s dreams of Lemuria as she related them in her excellent book The Camino: A Journey of the Spirit. Her description of the Lemurians—some golden, some violet, and hermaphroditic—let imagination work on that. For homes, I went with crystal construction with private areas being opaque. Rachel was surprised to learn she could communicate either from her mind or with the use of Lemurian seed crystals and crystal balls.

I needed a villain in spirit and chose Quetzalcoatl, a Mayan god who liked to dine on humans. It is thought that Lemurians who survived the end of their homeland took to the vast sea and made their way to what is known today as Central America and to the southwestern part of the US.

When my research was complete I was no longer certain that Lemuria was a myth. I hope readers of the book can entertain that possibility as well.