High school still sucks in this well-written, fast-paced YA by Mark Scott Piper. You Wish is a book for anyone, even if graduation day exists only in your rearview mirror.

Jake Parker contemplates his lot in life, “A freakin’ nobody.” So it would seem. He sits in a “pile of rejects” while waiting his turn at bat on the baseball field. It’s the same with the girls at his school. They don’t know he’s alive. And why would they? Jake still rides a bike. With nearly two years to go before he can drive, he and best friend Lester make do in Santa Necia. And to end on a high note, his parents are now divorced.

Lester and Jake have a tree house that once passed as their secret pirate ship but having outgrown their yo-ho-ho days, the two renamed it The Snark in honor of the boat built by Jack London. They sometimes play out seafaring fantasies but guard against one of their classmates catching them fearing total humiliation.

One day while exploring the Old Addison Place, a once beautiful Victorian house now in ruins and about to be demolished, Jake finds an old ship’s lantern. His life is about to change, but will it for the better? While polishing the lamp, Jake wishes he had a pizza and abracadabra one appears on his bed.

This plunges Jake into a moral dilemma about how to best use the remaining two wishes. The boys consider the possibilities from making them all rich to world peace. Just when Jake needs it, a new friend appears on the scene. Ben Ackyack, who may be in line to inherit the Addison Place, has parked his dilapidated trailer on the estate property and befriended Jake. Little does Jake know what an important part he will play.

Ben throws a wrench in the plans for the Addison property. So much so, the police begin checking him out. Trouble is, he appears to be devoid of a past. As Ben is arrested, Jake pulls out the lantern and makes his second wish. I won’t ruin it for you, but it’s something that’s caught on video. Reporters and the FBI swoop down on Santa Necia, infiltrating every aspect of Jake’s family life. The FBI even presents Jake with a demand from the President of the U.S. regarding the third wish.

Looking for advice, Jake turns to Ben. He counsels Jake telling him he will recognize when the time is right for the third wish, “It’ll be whatever you really want. Don’t worry, you’ll know.” And when the time comes, and it is a desperate moment, he makes the right wish.

Teen & YA New Book “Without Notice”

From the author of “Flying Change,” an equestrian novel for teens and up. 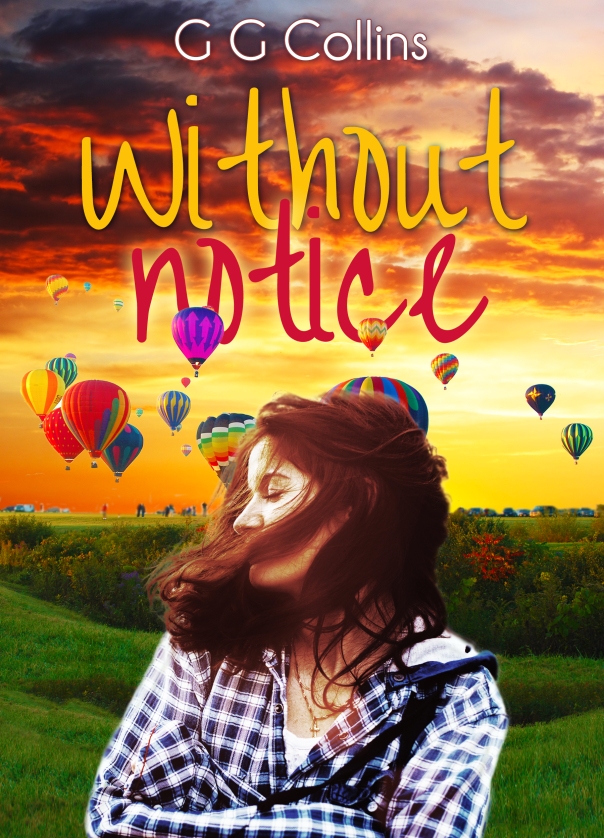 Click on Book Cover to Buy at Amazon. A #KindleUnlimited e-book.

Courtney’s life turned upside down when her mother was killed by a drunk driver. Now, they are moving from Minneapolis to her father’s hometown in New Mexico, where he will run an art gallery. Older sister Francine is heartbroken because she has to leave her boyfriend behind. Younger sister Toby just misses Mom.

One thing is particularly disturbing: her dad’s friend Silky. He says they know one another through the gallery, but is that really all? It seems she is always interjecting herself into their lives. Courtney, who is a good cook, took over cooking meals for the family, but lately Silky’s even intruding there. Silky is a terrible cook, but her father eats everything she prepares and compliments it. Being a teen is hard enough, but she doesn’t want a blended family. Courtney’s conflicted emotions cause her to say hurtful things to Silky, and then regret them. She tries to cope with feelings of loss and the need to move on.

Courtney and Francine hatch a plan to sabotage Silky; but soon Francine has found a new boyfriend leaving Courtney alone in the effort. All the while, Silky is trying to make friends with the family. She invites Courtney to tweak her cooking skills with the promise of teaching her how to make pottery. Drawn to Silky’s tales of Native American artists and their search for the best clay, Courtney grudgingly listens even as her interest grows. Silky’s stories are full of intrigue and clandestine journeys to collect clay under cover of darkness. During one of her pottery lessons, Silky shares a painful story with Courtney. Loss does not play favorites.

She meets Audrey, the girl next door, and immediately strikes up a friendship. Audrey is an outspoken know-it-all with a sense of adventure that is infectious. She takes Courtney on new experiences including the Albuquerque Balloon Fiesta. She and Audrey attend a mass launch which is unlike anything she has ever seen. Courtney is spellbound watching the hot air balloons. Unfortunately, Audrey has a dark side. She makes a mistake that challenges their newfound friendship and threatens Courtney’s delicate relationship with Silky.

Despite her resentment about moving, thirteen-year-old Courtney discovers this strange new city with its brown houses, Pueblo architecture and ancient stories to be as mysterious as it is beautiful. Even as she resists, Santa Fe casts its spell.

Posted in About, Annoucements, Teen, Uncategorized, Without Notice, Young Adult

Flying Change Free This Weekend Only

This Young Adult novel has been in the Top 100 of its category since publication last summer.

If you’re a horsey girl, or even a horsey grownup girl, you can try it free this weekend (begins at midnight). If you enjoy, please consider writing a short review. Molly and Pepper will appreciate it too. I’m always grateful for readers who take the time to review. Thank you for reading.

All horses deserve, at least once in their lives, to be loved by a little girl. –Unknown 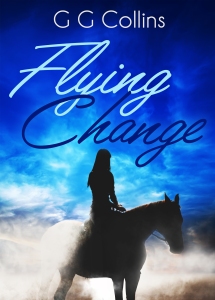 Flying Change was released July 14, 2017 and has stayed in the Top 100 of its category since. The new release has gone as high as #4 in equestrian fiction for teens and young adults. Thank you readers!

It’s the story of Molly O’Connor and her journey as a rider. Along the way she will fall and get up again, discover a long kept family secret and find her way through her teen years. She learns about caring for horses from body brushes to cleaning hooves to mucking out stalls. And then there’s the equitation and jumping.

All the while she is coming to terms with a first crush, a rich snob and learning that her big sister isn’t perfect. Growing up is hard. Her best friend Samantha helps. But it is the love of a horse that keeps her going.