A Crime Fiction Tour of the Nation 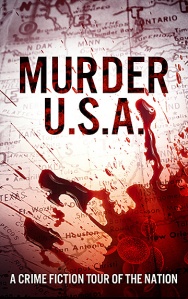 Welcome to a country of mystery, mayhem and murder. Thirty-one mystery writers from all over the US joined forces to wreak havoc. It’s a virtual mystery candy store with everything from Cozy to Procedural to Paranormal. North, south, east or west; we’ve got you covered. No region was spared from the grip of terror.

And the really big news? It will be FREE! Free to try new, known and emerging authors. Edited by Kristen Elise, PhD.

It Ain’t the Heat, it’s the Humidity 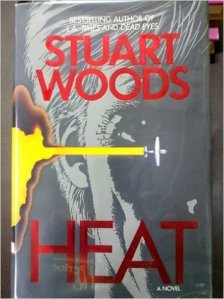 Jesse Warden is a convicted criminal biding his days in solitary confinement in the Atlanta Federal Prison. He is recruited by his former employer (DEA) to ferret out information in a small Idaho town. Two agents have already been killed in an attempt to infiltrate a dangerous cult called Aryan Universe. In exchange for this good deed—if he lives through it—he will receive a presidential pardon for a crime he didn’t commit.

With a new identity, Jesse drives to Idaho in a pickup truck equipped with hidden cellular phone and some hard cash. St. Clair, appears to be the perfect Disneyesque idea of small-town America. Every house is new paint clean with meticulous lawns and flower beds permanently held in a much earlier era. All is not right in this flawless community. Mysterious disappearances have occurred, but crime is rare due to swift and deadly punishment. The local police station is a high-tech marvel with all the bells and whistles money can buy.

The community’s children are taught at the First Church School where they are indoctrinated to hate people of other ethic groups. There are no excuses for absences and children are encouraged to tell on their parents if they speak against the teachings of the First Church.

Jesse is sent to the widow Jenny Weatherby who rents out one of her bedrooms. Jenny is far from the elderly widow-woman Jesse expected. He falls for her fast.

Another referral results in Jesse’s employment at Wood Products—the only business in town not owned by the cult. His ascent is swift at the plant and soon the sect invites him into their midst persuading him to give them financial information about the business so they can take control.

As Jesse passes one test after another he makes his way into the hierarchy of the treacherous Aryan Universe. On once such occasion he is brought into a vast underground armament. The bunker is extensive and fully stocked with food and water, huge amounts of ammunition and explosives, infirmaries and the latest equipment.

Jack Gene Coldwater, the Aryan Universe cult leader, fought until he ran out of wars and then proceeded to stockpile arms at a staggering rate preparing for his own hostilities which he teaches is inevitable. He dispenses death to his followers without blinking, tightening the ever shorter rope on those who remain.

Jesse doesn’t trust the DEA—a fellow agent set him up resulting in his incarceration. He fears for Jenny, her daughter, and his own daughter who was adopted after his conviction. In an interesting subplot Jesse obtains fraudulent passports as plan B, but the First Church foils his attempt at flight.

The climatic scene has all the explosive features of an action movie providing for a fun read. Woods reaches out and grabs one by the throat hauling the reader into a riveting adventure with an all too familiar and frightening theme.